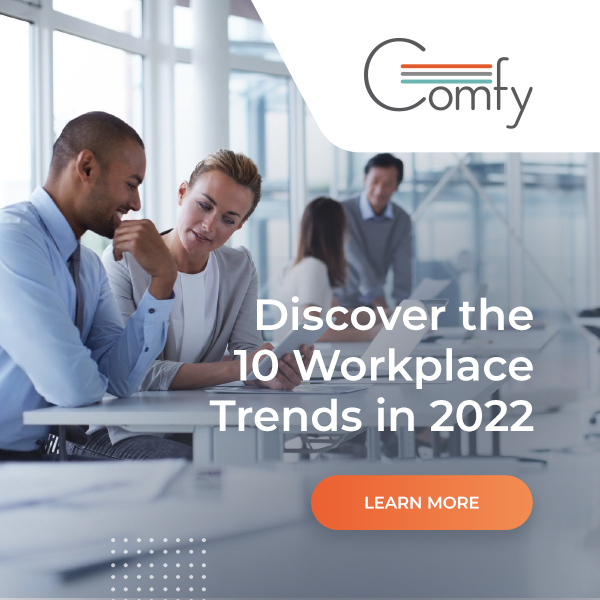 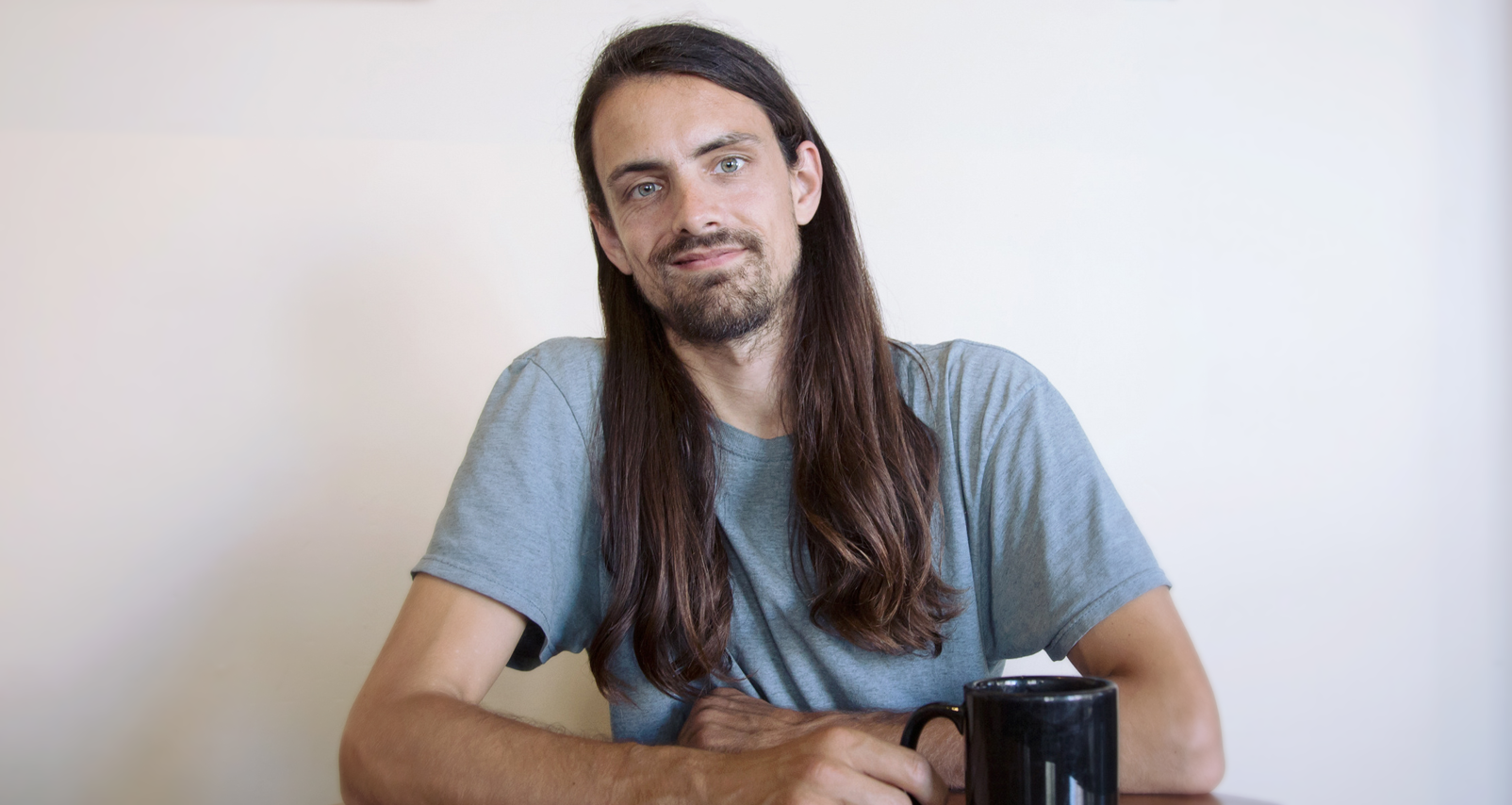 Tyler is a computer programmer and building scientist. In addition to backend engineering for Comfy and its various internal tools, he conducts extensive research on unique building controls and systems (VAVs, UFAD, etc.) and develops strategies to make Comfy compatible with as many buildings as possible. He earned his MS from New York University and brings seven years of experience from UC Berkeley's Building Science group—working in building energy simulation, thermal comfort, and software development. In his free time, he dances, teaches, and works closely with several nonprofits. Interesting fact: Tyler assisted an expert witness in a recent Human Rights case on suboptimal thermal conditions of prison inmates.

Tell me about the path that led you to join the Comfy team.

Well [strokes beard]...I suppose it all started when I fell in love with math. I recently found a “story” I had written back in elementary school that went, “I am in mathland, you have to do all the math to get out, I did all the math and I got home”...so clearly the obsession started at a young age. I spent my undergraduate career focusing on mathematics and then took a more applied approach when I was studying for my graduate degree. After grad school, a common path was for people to go work in finance, which I knew wasn’t right for me. I wanted to do something that I thought would really benefit the world—energy and the environment was something I’d always really cared about.

I decided to volunteer at the Center for the Built Environment (CBE) at UC Berkeley, doing statistical work and data analysis for research studies…yeah, more math! That turned into a full-time research position, which allowed me to support some really exciting projects that were being conducted at Berkeley’s Computer Science department. One project was with Therese Peffer from the California Institute for Energy and Environment (CIEE), Professor David Culler and Steve on sMAP, a Simple Measurement and Actuation Profile for Physical Information. We were trying to prove that sMAP was a feasible way to integrate heterogeneous IoT devices. For example, we worked to create a unified interface where you could control a thermostat from one company and lighting devices from another company. As you might have guessed, Steve left shortly thereafter to work with Andrew, implementing these concepts into a product that would later become Comfy. About a year later, Steve called me in as a consultant for Comfy, initially to model the potential energy savings from widening a building’s temperature setpoints. I’ve been here ever since.

How did you become such an expert in thermal comfort?

My mentor Ed Arens, the director of CBE, is simply the best. A lot of the work we did was centered on creating tools to measure and predict thermal comfort. One in particular has since become the primary tool HVAC mechanical designers use to fulfill ASHRAE Standard 55. Essentially, what we did was create models that enabled us to better predict how people perceive their thermal environment, on a spectrum, from very cold to very hot. Initially, we had built a model based on all of the contemporary knowledge, but the visualization started revealing some things that weren’t expected. These unintended consequences prompted us to make the model more sophisticated by taking into account influential variables, such as air movement and solar radiation.

The genius of Ed was that he could turn something extremely complex into a simplified model that architects and engineers could actually use. At the time, I simply didn't have that level of knowledge…it was actually easier to think of the exhaustive solutions. For instance, I’d consider putting a mannequin in a room and modelling every single object of the space, polygons and all. But that’s just not feasible...it would require 5 full-time employees to eventually conclude, “hmmm I guess we need more shading?” Ed’s simplification was to make some assumptions and figure out some reasonable ranges of values for how your body might react to certain stimuli in certain configurations. I can attribute a lot of what I know today to Ed helping me think, quite literally, outside the box.

What is one of your favorite things about your job?

Well…I do love my little office cohort. The engineering team is a very welcoming, but also extremely formidable group—both in terms of brainpower and experience. We have people from all different backgrounds with varying areas of expertise, which is really fun. For instance, I joined Comfy at the same time as two other engineers; Ian who used to work in publishing and Eric who used to work in government…and none of us had ever worked at a startup before. It's a very eccentric, diverse, effective, and friendly team, which is great because everyone has a unique set of skills and knowledge and brings something different to the conversation.

"It's a VR experience where the user feels like they’re a giant and plays the Golden Gate Bridge like a harp..."

If you had to change careers, what would you do?

I sort of have this issue in life where I’m really into a lot of different things, which can be a bit challenging to navigate day to day, but I think it would come in handy if I had to change careers. One thing I’m really into is gaming, especially indie games and small game studios, and am super fascinated by virtual reality at the moment. I’ve been working on a game with a friend, which I suppose is really more of an art piece. It's a VR experience where the user feels like they’re a giant and plays the Golden Gate Bridge like a harp...plucking at the cables as if they were strings. So I’ve been working a lot on the animations as well as the sound design for that, which leads me to another thing I’ve been into for a long time—computer music, sound, and music in general. That’s been really fun to work on, so I suppose a career in VR wouldn’t be the worst thing in the world....although I’m not sure how lucrative that would be, ha!

What is your ideal day off?

Well, as I said...I’m into alot of different things so, here it goes. I’d definitely start the day with some movement by going to a great yoga class or a dance class. After that, I’d do some work on one of my gaming projects or sound experiments—I’m really my happiest when I’m working on something creative, either on my own or with others. Next, I’d definitely go sailing…and then probably get in drag and go to the pool with some friends.

Yeah, it’s about time we queer up this interview a little bit. I don’t get in drag a lot, but it can be a really great outlet. You know, for those times when you're taking life too seriously or when that weltschmerz starts getting to you—especially with everything going on in the news—you can just forget it all, get in drag, and be someone else. They say that being yourself is the greatest freedom, but I think it’s an even greater freedom to be someone else. And then to close out the day, I’d probably go read some Greek philosophy then watch some Star Trek. Or maybe work on a Bach piece on the piano…honestly, that’s probably my typical Saturday.

Tyler recently analyzed data from Comfy users and co-authored a paper titled "Control for the People: How Machine Learning Enables Efficient HVAC Use Across Diverse Thermal Preferences" with Lindsay Baker.

Tyler summarized their research, saying, “Essentially what we found is that underlying all of that data are a lot of factors that aren’t captured by a thermostat; mean radiant temperature, solar radiation, air movement, clothing, humidity. So on one hand, you can create a system of really sophisticated sensors to try to pick up on all of that data and from that data make conclusions and appropriate adjustments. OR, you can skip all of that fancy stuff, which no one wants to build anyway, and simply ask people how they feel and deliver what they want.”

Lindsay will be presenting their findings at the 2016 ACEEE Summer Study on Energy Efficiency in Buildings next week.

Want to work with Tyler? Well, we're hiring! Check out all open positions and apply here.